NEBT’s inaugural show at Sadler’s Wells Peacock Theatre, 5th July 2012. It was a showcase of 10 different ballets and a truly collaborative project, bringing together visual artists, musicians, choreographers and dancers.

‘I have a flexible approach to choreography and always try to tailor the piece to my dancers; taking time to explore and experiment with them is very important as I value enormously the contributions that they make.’ – Jenna Lee

‘Legends Pas de Deux is set to the first two and the seventh of Dvorak’s set of ten Legends written in 1881. Originally composed for piano and four hands, as performed at these performances, Dvorak later orchestrated the entire set. […] The many variations of tempo and mood in these compositions come and go as if in a dream world.’ – Michael Corder

‘This ballet is an exploration of personal identity and the idea that the present is shaped by one’s past and future selves, by memories and unfulfilled desires. Three female dancers simultaneously portray the same girl at each of these stages’ – George Williamson

‘A big love of mine is the desert: the landscape, the smell, the heat, the sounds and, most of all, the cowboys!’ – Kristen McNally

‘Le Carnaval des Vérités is infused with running themes and hints of narratives that are rooted in sonata and the music concludes by singing itself into nothingness.’ – Andrew McNichol

‘My ballet was inspired by the central relationship in the novel between the Maias by the great Portuguese author Eça de Queiroz, and explores the fine line between the rational and irrational sides in peple. Toca – meaning ‘den’ or ‘lair’ – is the name of a house that features in the novel’ – Érico Montes

‘Duchenne Muscular Dystrophy (DMD) is a severe recessive form of muscular dystrophy that, in general, only affects males. Resolution explores the desperate feelings I first felt when I saw the suffering of the children [boys suffering with DMD via the charity, Duchenne], but also captures in motion the serenity in acceptance of their condition. We all face the same eventual destiny.’ – Wayne Eagling

‘NEBT has given me the opportunity to work on it and create a pas de deux to suit the talented dancers I’m working with. In Sixes and Sevens, the feeling I’m trying to portray is you can’t live with someone yet can’t live without them!’ – Samantha Raine

‘My intention with this ballet for NEBT was to create a large group piece that will show off the company’s wonderful dancers. […] After its grand opening, Mozart’s Symphony No.39 gives many opportunities for character, solo and group dances, during what I imagine as a brilliant party that builds to a wonderful and joyous finale.’ – Ernst Meisner 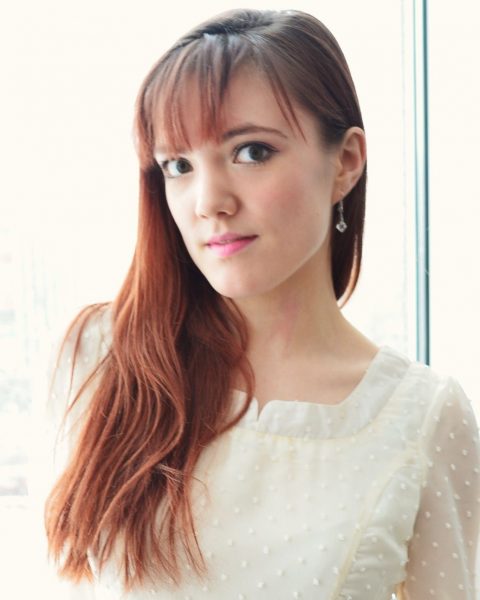 Hayley Blackburn is a graduate of the Royal Ballet School and has performed with the School’s GraduatesNew York and Japan Tour. For the last five years she has been with the Vanemuine Theatre Ballet in Estonia.

Africa was born in Barcelona and performed at the Institut del Teatre, dancing both ballet and contemporary dance. She then attended Rambert School in London where she graduated with a BA (Hons.) degree.

Born in Surrey, Anita attended Elmhurst School for Dance and has performed in various works including Elite Syncopations, Raymonda and Giselle. She has toured with the Birmingham Royal Ballet on their Sleeping Beauty Tour and with Vienna Festival Ballet.

A native of London, Katya is a graduate of English National Ballet School. After graduating she danced for a year with the Stuttgart Ballet, performing in works such as Song of the Earth, Requiem and Onegin.

Iván was born in Seville and in 2006 won a one-year scholarship to attend the London Studio Centre. He then joined English National Ballet School from which he graduated in 2009. He has subsequently performed with Scottish Ballet, Ballet Carmen Roche (Madrid) and Corella Ballet (Barcelona).

Tiffany trained in Australia at the National Theatre Ballet School and whilst there gained a diploma in arts and the Royal Academy of Dance Solo Seal award. In 2006 she performed in Dance Creation at the National Memorial Theatre alongside dancers of the Australian Ballet.

Chiaki is a graduate of Torigoe Kumiko Ballet Academy in Japan and the Junges Ballett Franken in Germany. She has danced various roles in the Czech Republic and in Japan.

Born in Japan but raised in England, Sonoya trained at the Royal Ballet School. Upon graduation she joined the Dresden Semperoper Ballet dancing numerous corps de ballet roles. She is currently freelancing, most recently with Ballet Ireland in a new production of Scheherazade.

Born in Edinburgh, Alexander trained at Central School of Ballet where he graduated with a First Class BA (Hons.) in Professional Dance and Performance. After graduating in July, Alexander joined Ballet Cymru for their national and international tours of Beauty and the Beast, Under Milk Wood and Giselle.

Daniel is a native of London where he trained with the Royal Ballet School Associates programme and then Central School of Ballet. Daniel has also danced with Northern Ballet.

A native of Italy, Luca studied contemporary and classic technique with Susanna Beltrami in Milan and then joined the Maurice Béjart School in Lausanne, which gave him the opportunity to dance in every show with the company itself and also to develop his interest in choreography.

A Brazilian native, Nicolas trained at Bolshoi Theatre School in Brazil. Upon graduation he won a scholarship to Boston Ballet School where he has been performing in productions of La Bayadère, the Nutcracker, A Midsummer Night’s Dream and Romeo and Juliet.

Silas was born in Cheltenham and is a graduate of Elmhurst School for Dance. While at school he performed on a number of occasions with Birmingham Royal Ballet. Silas is currently a soloist with the Vanemuine Theatre Ballet in Estonia.

Ludovico has been studying at the National Academy of Dance in Rome since 2005, focused on classic technique, although he is interested in performing modern dance repertory.

Born in Japan, Ryoko studied at Homura Tomoi Ballet School and the Conservatory of Vienna. In 2003 she reached the semi-final of the Prix de Lausanne and has since performed many leading roles.