Tolstoy’s Kreutzer Sonata and an Evening of New Ballets 2015

The evening concluded with a newly commissioned work by Andrew McNicol, based on Tolstoy’s novella The Kreutzer Sonata. This moving and tragic ballet featured a world-class young string quartet playing the music of Janácek, and an on-stage concert featuring excerpts from Beethoven. 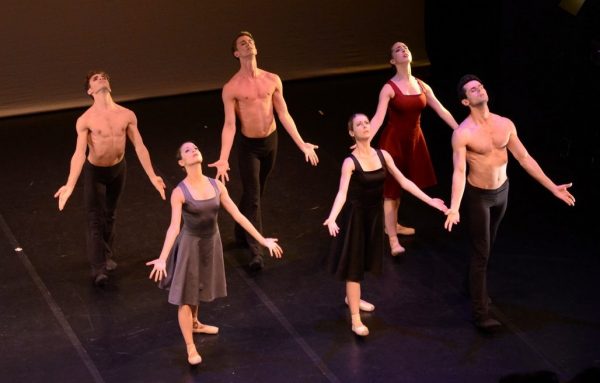 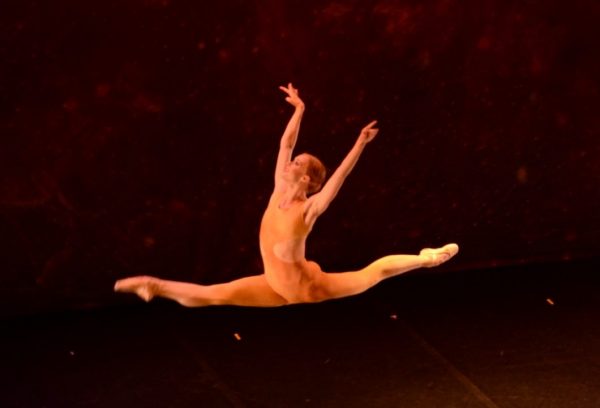 Images for Tangents and Orbital Motion by Alexander Yip

“Tangents is an abstract investigation into relationships and how people interact within them. There are different types of relationship but there’s a main path that more or less every couple goes through. Everyone travels that path in various ways but there are certain situations we all recognise and go through as a community.
The ballet was mainly inspired by the music and I tried to reflect the music’s drastic changes of mood in my choreography while making a visual and emotional connection between them.” Daniela Cardim, Choreography

“Orbital Motion was originally choreographed for The Royal Ballet’s Draft Works, an annual event which that year had the audience surrounding the stage from all angles. When I started choreographing the piece the general idea was to give the audience from every side a facade of the choreographic patterns and aesthetic lines. This train of thought introduced a circular motion throughout the piece in order to have most of the choreography facing outwards towards the audience” Valentino Zucchetti, Choreography 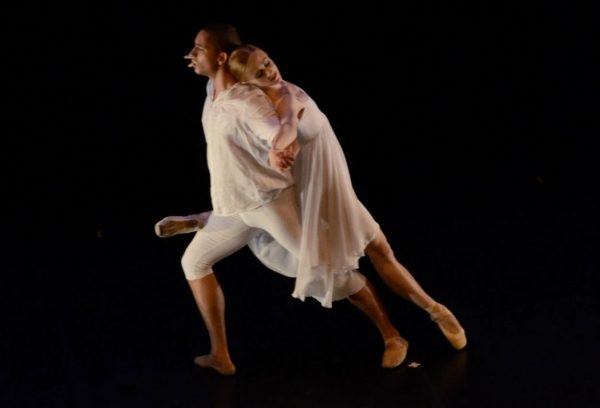 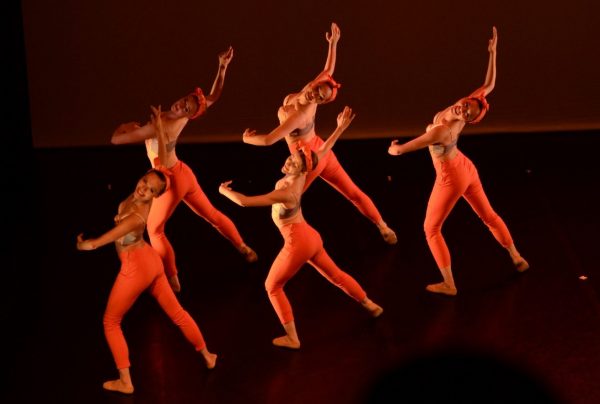 Images of Toca and Mad Women by Alexander Yip

“Toca is inspired by The Maias, a novel by the great Portuguese author Eça de Queiroz. It’s a story about a brother and sister that were split up when they were very young. They meet as grown-ups, unaware they’re siblings, and fall in love with each other. The story is very long, dramatic and full of detail but I’ve stripped it right down to the essence of the relationship between the two central characters.” Érico Montes, Choreographer

“I was inspired by an exhibition of photographs by Miles Aldridge at Somerset House in London. He created a dream world populated by modified women who are visually perfect objects of desire. These women have evolved into flesh and blood Stepford wives and men are assumed to be their consumers. Mad Women is me wanting to comment that this isn’t a man’s world, it’s very much a woman’s one.” Kristen McNally, Choreographer 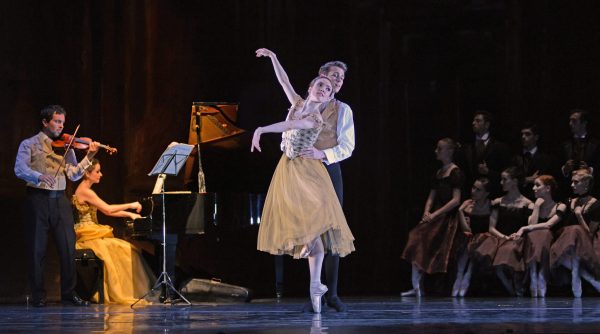 “After hearing a powerful performance of Beethoven’s Kreutzer Sonata in his Moscow home Tolstoy was inspired to write his novella. Janácek in turn composed his version in response to the novella thirty four years later. Interestingly, Tolstoy originally intended it to be part of a performance event, which solidified my belief and desire to translate it into a new dramatic ballet. The music both inspired the narrative and was created in response to it, meaning that the action and psychological depth of the complex characters are deeply embedded within it.” Andrew McNicol, Choreographer

20 – 22 AUGUST Dancing for Nepal, A series of fundraising performances by NEBT and Special Guests in aid of the Nepal Earthquake Recovery Appeal 2015 St. James Theatre